The Eta Kappa Chapter at Texas Woman’s University made it their mission this semester to raise more money than ever before for the Tri Sigma Foundation.

The chapter knew they wanted to do something big to raise money and decided to host their first Princess Tea Fundraiser. Fundraising chair Alexa Farrell created, planned and executed the event with the help of her committee. During the tea, Eta Kappa members dressed up as princesses and hosted a tea party for the Denton, Texas community. Members passed out thousands of flyers to schools, churches, nail salons, retail stores, restaurants and more in town to help attract parents who would pay to bring their children to the tea.

“Our event was a huge success,” Chapter President Mattison Pennington said. “We ended up raising $2,000 for the Foundation and we won the Best Program award for the event from TWU Greek Life.”

The chapter plans to make this an annual event and hopes to increase their fundraising goal each year. Mattison said the chapter had never hosted an event like this before, but the risk was worth the reward. She contributes the success of the event to using the chapter’s CrowdChange fundraising page and their promotion tactics.

“We had separate ticket options for General Admission and Princess Package,” Mattison said. “People that ordered princess packages for $20 got to come in 30 minutes early and have their photo taken with all of the princesses. They also got to sit in the front tables of the room.”

The chapter sold out princess packages in about two weeks, so everyone else paid general admission of $15. People with these tickets came in to the event right at the beginning and still got to go take individual photos with their favorite princesses. The chapter also reached out to restaurants and got a lot of things donated to help offset the cost of the event. The chapter found a family friend to help make some costumes and ordered the rest online. The venue gave the chapter a discounted price as well because they were raising money for a philanthropy. The chapter also sold T-shirts and accepted monetary donations at the event. 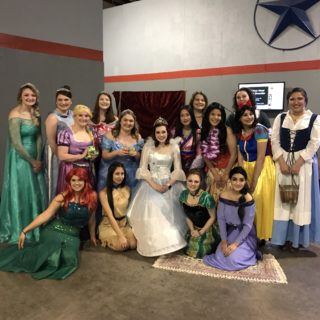 Eta Kappa members provided local children the chance to meet Disney princesses for the day at their first Princess Tea, a new fundraiser the chapter created to raise money for the Foundation. 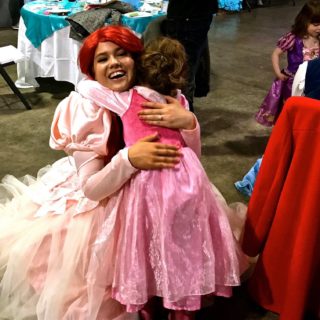 Eta Kappa members provided local children the chance to meet Disney princesses for the day at their first Princess Tea, a new fundraiser the chapter created to raise money for the Foundation.

Members at Epsilon Rho Chapter, Minnesota State University-Mankato, moved away from hosting a 5K fundraiser and instead held an event that helped them engage the rest of the fraternity/sorority community.  The chapter hosted “Sundaes with Tri Sigma”, an ice cream bar and raffle event to raise money for the Tri Sigma Foundation.

“We are pleased to announce this is our first philanthropy that we had members of every other chapter on campus be represented,” Chapter President Caitlyn Jones said. “We felt so much support and had so much fun! We raised just over $1,400 during this event and we couldn’t be more proud of our philanthropy event.”

In the past, the chapter has hosted a 5k walk/run in the spring, but scrapped the idea due to unpredictable weather and wanted to change up the event.

“We were looking for something fun and semi-easy,” Caitlyn said. “Our campus has a history of selling philanthropy tickets for $5, so we decided that doing $3 in advance and $5 at the door would be helpful because people would think ‘it’s only $5’.”

The chapter used relationships they have with other groups on campus and tabling in the student union to sell tickets. The chapter also hosted a bake sale and attended other fraternity and sorority chapter meetings to publicize the event. The chapter raised money by having members sign up in groups to create a basket they would raffle off during the fundraiser. For our raffles, each girl signed up for a basket that they thought would be fun to create. One of the baskets focused on health and wellness, and used donated items from a local wellness store.

Sigma Sigma Sigma · 18 hours ago
@trisigma
Don't forget to apply to be a part of Tri Sigma's 2022-2023 Consultant Team! Applications are open through the end of December and anyone with a bachelor's degree by the summer of 2022 is eligible. 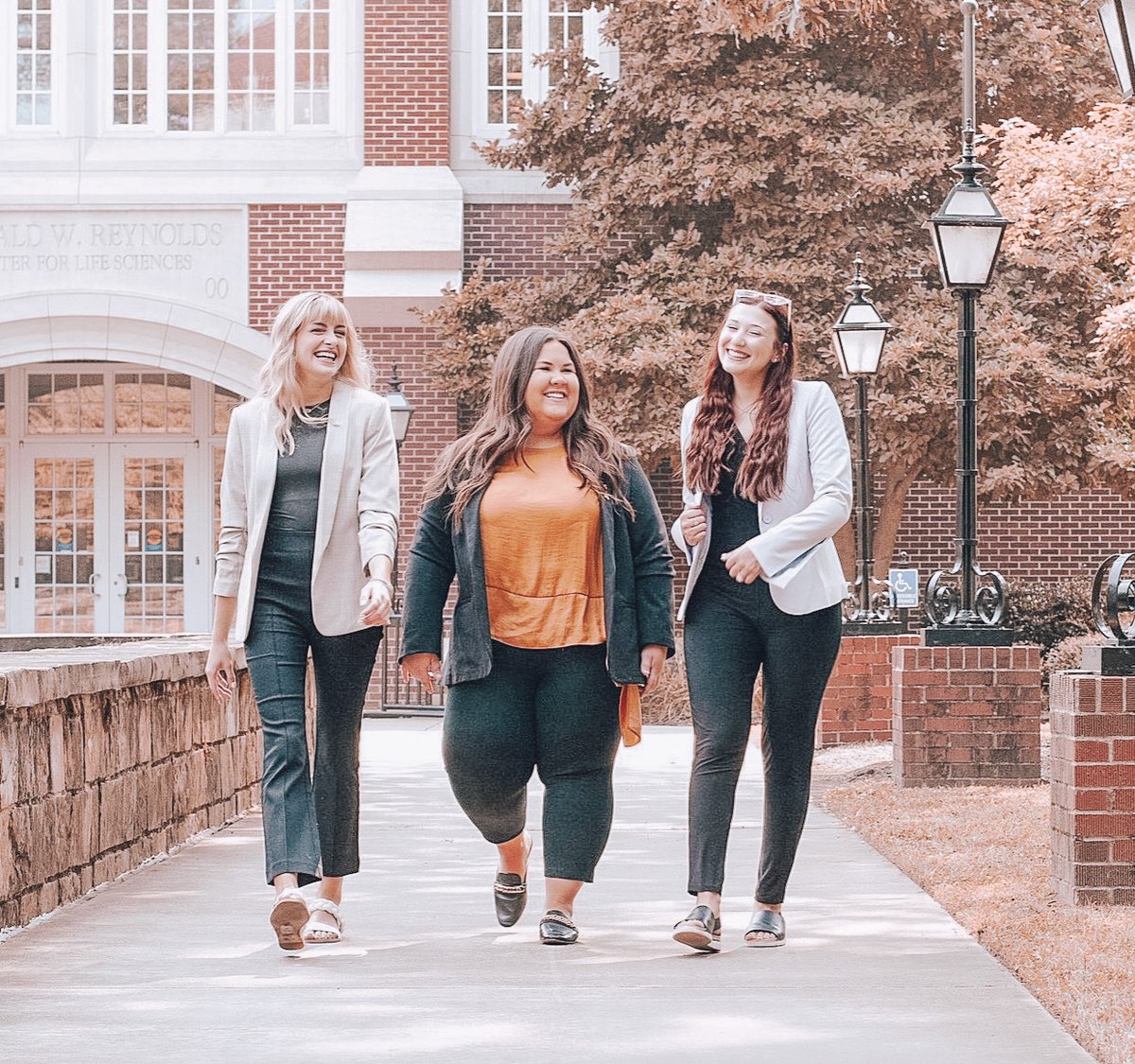 Sigma Sigma Sigma · 2 days ago
@trisigma
Applications are now being accepted for the 2022-2025 Executive Council! Please note that individuals must apply and nominations are no longer accepted. Applications must be received no later than January 1, 2022. 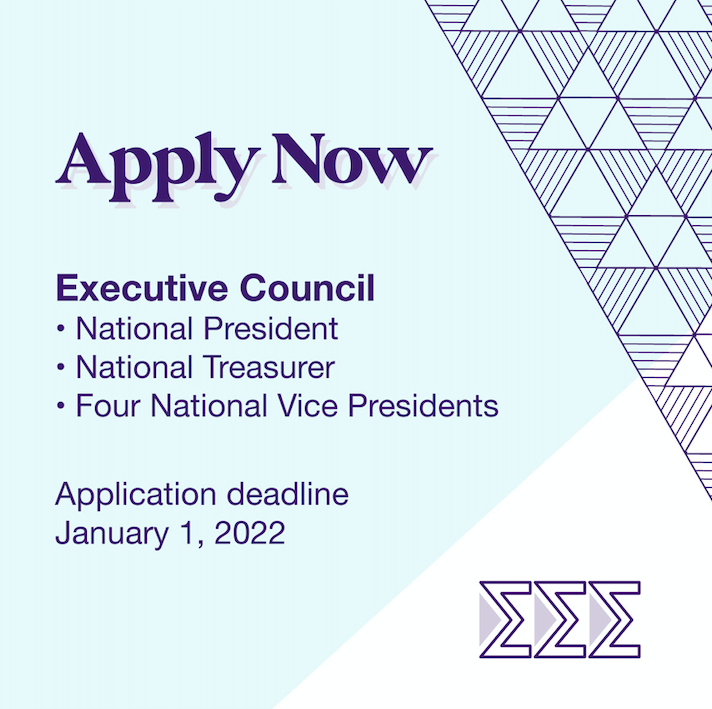 Sigma Sigma Sigma · 3 days ago
@trisigma
Giving Tuesday is almost over! Give to the Archives Digitization project via the link.
https://t.co/E9v8Ko5Jkr https://t.co/wa4ApzlNfH
View on Twitter 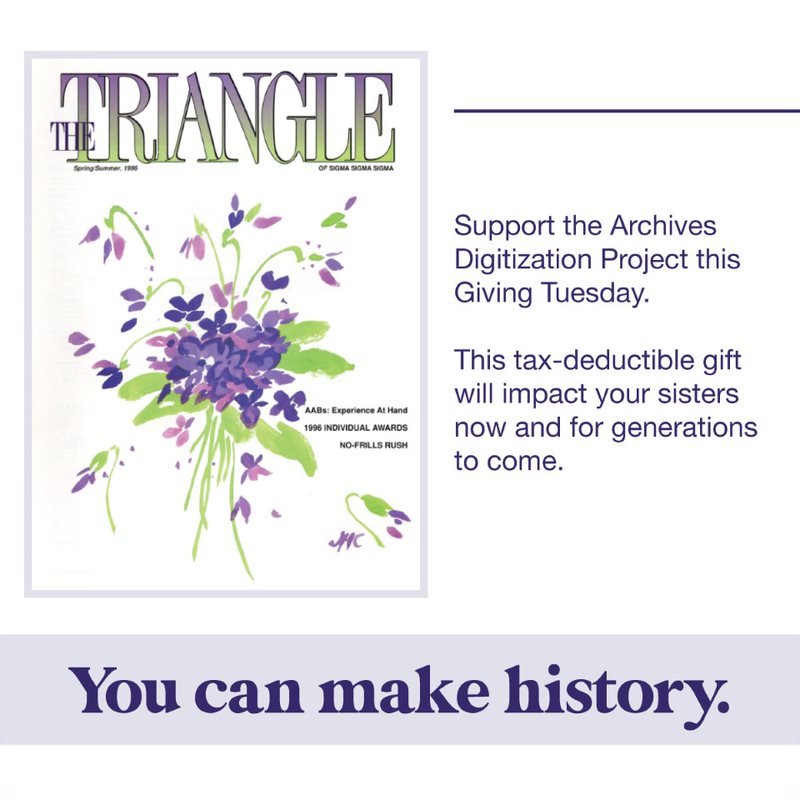