Theta Eta Chapter at Old Dominion University received several chapter awards, and one member was nominated for and won a Selfless Helper Award from the campus. 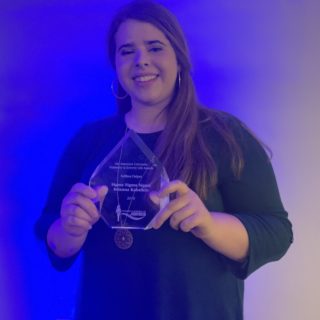 Brianna Kabalkin was recognized for all the ways she serves Tri Sigma and the Old Dominion University campus with the Selfless Helper Award.

Brianna Kabalkin was recognized for all the ways she has served Tri Sigma since joining in fall 2017. She’s held multiple leadership roles, including taking on the role of Risk Manager last year. She planned the chapter’s first activities they held to recognize National Hazing Prevention Week, including hosting a table for students to sign anti-hazing pledges and pick up awareness ribbons and hazing prevention tips. She also created an initiative to keep members who are commuters safe on campus. She served as Vice President of Standards on the Panhellenic Council and also participates in other campus organizations, including professional fraternity Phi Eta Sigma, the Greek Honor Society, Order of Omega, and the PHC executive board.

The Chapter also won the four excellence awards for Scholarship, Community Relationships, Leadership Development and Values and Purpose, which are based on a standards evaluation that ODU requires all fraternity and sorority life to complete. The chapter also tied with Alpha Xi Delta for overall Chapter of the Year.

Alpha Chi Chapter won two awards from Murray State University. Outstanding New Member Educational Program was awarded to the chapter on campus with the most active mentoring, effective and interesting new member program. Murray appreciates the extra effort that Alpha Chi put in to our already structured national program, including various group sharing activities and team building exercises. Our chapter utilizes the new member period to make sure that they feel immediately at home, and through this we always feel that we grow closer as a chapter.

The chapter was also awarded for Outstanding Educational Program. This award is given to the chapter with the most relevant and effective programs regarding alcohol and drug awareness and at least one additional program of our choice. Our additional program was rape awareness, bystander intervention, and self-defense training. The chapter felt these topics were most relevant and we received this award because of the impact it had on our members.

Previous President Hannah Huckeby won Greek Woman of the year, which is awarded to the most outstanding leader within the Greek community.

Seven years ago today the Supreme Court legalized same-sex marriage in all fifty states. We join in the celebration with our LGBTQIA+ members as we remember this momentous anniversary and the lives it has changed forever. https://t.co/9KUBSMId2Y
View on Twitter 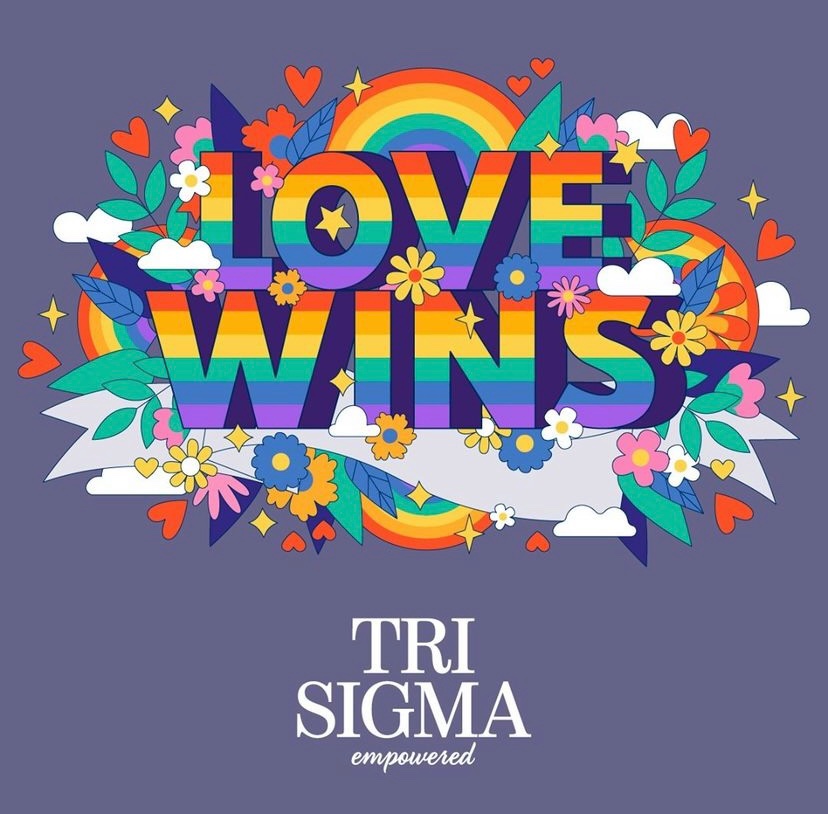